Home › Blog › Are Boxelder Bugs Taking Over Your Vegas Home?

Are Boxelder Bugs Taking Over Your Vegas Home?

The beautiful city of Las Vegas is famously known for its world-class casinos and entertainment, but Vegas homeowners also know that the city is not just all glitz and glam. In fact, living in Las Vegas can be quite a pain due to boxelder bugs.

True enough, these bugs don't bite or sting, but they do congregate in very large numbers, making life in your Vegas home somewhat frustrating. Fortunately, getting rid of boxelder bugs is an easy fix. By reaching out to your local Las Vegas pest control professionals you'll be able to take back control of your home without boxelder bugs cramping your space. 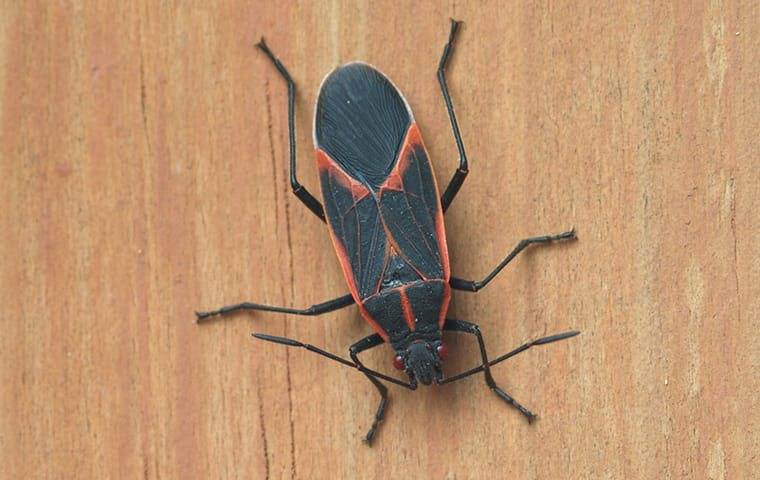 Boxelder Bugs have black, oval-shaped bodies with red, sometimes orange markings on their backs; their bodies are somewhat flat as well, making it easy for them to get into your house. Additionally, they're around ½ inch in length with six legs, wings, and antennae.

What Attracts Boxelder Bugs To My Home?

It's natural to ask 'what attracts boxelder bugs,' especially when you're seeing more than just a few around your home. The truth is, there can be quite a few things that are attracting these bugs to your house. Let's take a look.

Because boxelder bugs are so temperature sensitive, you won't see them as much in the summer months, but you will see them more in the winter, and your home is the very thing that will provide warmth for them. So if you see them in and around your home, your best bet is to contact professional services to stop boxelder bug infestations.

Is There Anything That Repels Boxelder Bugs?

The key to repelling boxelder bugs is with certain scents and knowing when to repel. First, a few of the scents you want to use as a repellent include eucalyptus, lavender, mint, cinnamon, and thyme. You'll want to use these scents around entry areas in late summer and fall. But, of course, when you have an infestation, DIY repellents will only do so much before you need professional services. Here at Anderson Pest Control, we offer ongoing general pest control plans to keep these bugs away the moment they return as the season changes.

Tricks To Permanently Get Rid Of Boxelder Bugs On Your Property

You can implement all the prevention methods you can find, and while they may help keep these bugs at bay, only professional services will permanently remove them. We have all the tools and treatment methods necessary to remove such invasive pests from your home effectively. Give our experts a call today for boxelder bug control you can count on.