How Crickets In Las Vegas Are Worse Than You May Think

Sometimes the things we think of as harmless can turn out to be the most dangerous. The same is true of many kinds of pests, like crickets. Most people think these hop-happy bugs pose no real threat, but you don’t want an infestation on your hands to prove that assumption wrong. Learning how to prevent crickets and other pests from invading your property is just plain smart. 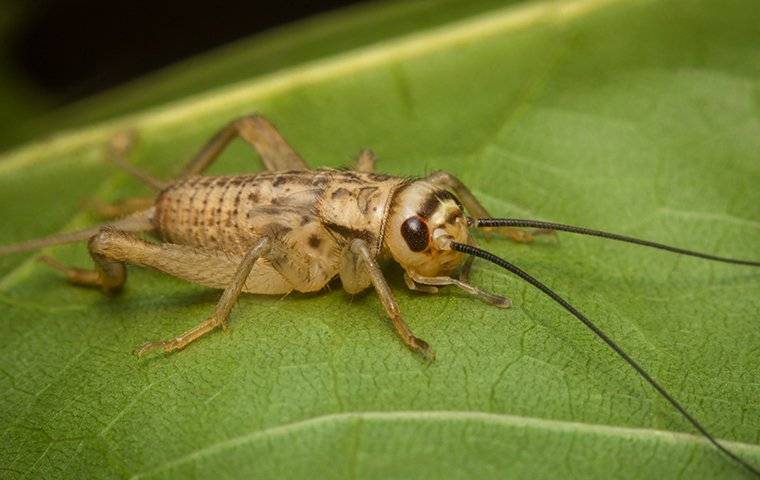 Thanks to films and old legends, crickets are often perceived as friendly conscience guides who are here to help. Perceived personality traits aside, people also tend to think of crickets as a creator of pleasant chirping sounds, adding to the rustic atmosphere of the night. But only people who have never had to deal with crickets around their property have these misconceptions. In reality, crickets are no more desirable or companionable than any other bug. Their sound is only charming for a little while, then it becomes just another thing keeping you awake at night. No, like all other pests, crickets earn their title of “pest” by being annoying, destructive, and even dangerous creatures.

Crickets Can Be Dangerous

Their constant chirping and ability to populate quickly on a property aren’t even the most troublesome traits of crickets. Instead, the real problems they pose are:

What Attracts Crickets To Your Home?

Now that you realize how misunderstood crickets are, you can get to work on reducing the common factors that attract them to your property in the first place. You’ll notice that many of these factors are the same things that attract all kinds of pests:

Get Assistance From Anderson Pest Control

Instead of assuming a pest isn’t dangerous -- or waiting for a problem to grow out of hand before you do worry about it -- instead contact the experts right away. At Anderson Pest Control, we can inspect your property for signs of crickets or other invasive pests before they can prove how problematic they can be. Far too many people try to remove a pest population on their own, exposing themselves to dangerous diseases and, more than likely, not fully eliminating the population. From prompt inspections to fast-acting treatments, professional pest control is the best way to ensure that your property is truly protected. For help with overall pest control, including crickets, contact Anderson Pest Control today.

I have been a client at least past 2yrs and I am very satisfied with the service provided.