How To Keep Scorpions Out Of Your Vegas Yard For Good

Scorpions can be a problem for the residents of the entertainment capital of the world. Las Vegas pest control services often get reports of these intriguing arachnids showing up in garages, debris piles, basements, and sheds. Often, property owners who call have a healthy fear of scorpions. Luckily scorpions, like spiders, generally scare people more than they cause harm to them, but it is always better to err on the side of caution. Anderson Pest Control provides reliable and effective scorpion control services in Las Vegas. 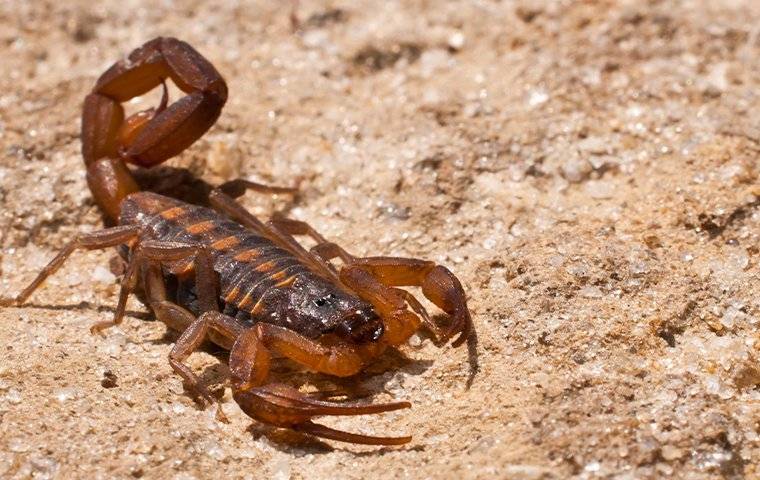 The Different Kinds Of Scorpions In Las Vegas

There are roughly ten different North American scorpion species. However, in the desert climate of Las Vegas, there are four common different kinds of scorpions.

If you encounter any of the above types of scorpions, reach out to Anderson Pest Control.

You May Be Accidentally Attracting Scorpions

Although not all scorpions are venomous and are more intimidating than dangerous, you don’t want to attract them to your yard. Once they enter your yard, there is a chance they could show up in your home. Scorpions need places to hide and food sources. You may be accidentally attracting scorpions if you’ve accumulated clutter in your storage buildings or there is debris and brush on your lawn.

Some people are also surprised to learn overnight lights will attract scorpions, as will other pests like bugs which act as a food source. In general, a wide range of pest control is a good idea to prevent scorpions.

How Bad Is It To Have Scorpions In My Yard?

Most scorpions aren’t particularly harmful to humans, but no one wants to be stung or bitten. If you or a family member is at high risk for anaphylactic shock or even mild allergic reactions, you’ll want to make a conscious effort to keep scorpions away from your yard.

However, like most other pests, scorpions can provide some ecological benefits, such as pest control. Here are some other fun facts about scorpions:

In the grand scheme of things, scorpions have their place. They are interesting creatures that typically pose minimal threat to humans. However, children, the elderly, and individuals with allergies to stings should be extra cautious.

How To Get Rid Of Scorpions For Good

Scorpios can be fascinating creatures and they can also easily strike fear into people. They're often found hiding in brush piles, cluttered garages, and sheds, but if pushed inside, these pests also show up in people’s shoes. A scorpion sting is one of the worst ways to start the day, so if you have concerns about these pests give us a call. Anderson Pest Control offers eco-friendly and affordable ways to prevent pests from entering your home. Contact us for effective scorpion control for your Las Vegas home.