How To Protect Your Las Vegas Property From Black Widow Spiders

Las Vegas has western black widow spiders (Latrodectus hesperus). These spiders are one of the two native species of spiders that are poisonous (the brown recluse is the other one). Black widow spiders eat insects, other anthropoids, and any other small prey that get caught in their webs. In this way they are beneficial. However, when they get too close to your home, they become a problem. 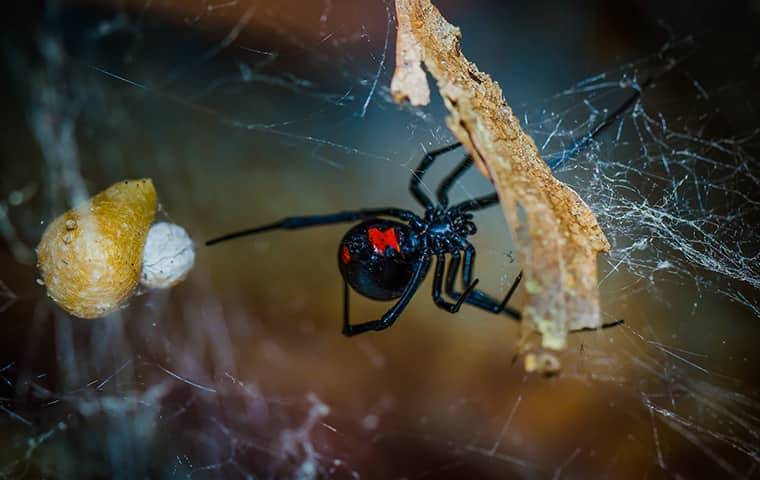 Female black widow spiders are shiny black with an orange-red hourglass on the underside of the abdomen. Their bodies can be ½ inch in diameter. Black spiders with hair are not black widows. Male and juvenile black widow spiders look very different from adult females. The males are half the size of the females. They are black with yellow and red bands and have spots dorsally. Juveniles are born white. Juvenile males get more color with each molt. Juvenile females become darker with each molt.

Black widow spiders build messy webs under rocks, overhangs, plants, and other debris. Black widow spiders often take over abandoned mouse burrows. They are nocturnal and like dark places where insects or other creatures come by frequently. They will nest in the corners of garages, in basements, and under the seat in outhouses. Females often have a tan-colored egg case on the underside of their web.

Black widow spider venom is a potent neurotoxin. It is fifteen times more potent than rattlesnake venom. Fortunately, only a little is injected during a bite. Juveniles right out of the egg have venom and know how to use it. So do males. Most bites happen when a spider is crushed against the skin, such as when someone puts on a shoe a black widow is hiding in. However, the female will defend her egg case.

If you think you have been bitten, go to the emergency room immediately. There is an antivenom, but it works best before the symptoms get going. Typically, the bite itself is painless. In a few hours, muscle, chest, and abdominal pain will occur. Nausea, vomiting, restlessness, anxiety, sweating, difficulty speaking and breathing, swelling around the eyes and the extremities are general symptoms, although not everyone will have all the symptoms. The symptoms usually go away after two to three days. Children, the very old, and those with high blood pressure are most likely to die from the venom.

Preventing black widow spiders consists of both exclusion and sanitation. Here are some tips:

Get Professional Help To Deal With Your Black Widow Spiders