Home › Blog › Why Are There Spiders In My Las Vegas Home?

Why Are There Spiders In My Las Vegas Home?

Finding spiders in Las Vegas, Nevada, especially when they’re around your home, can be really upsetting. Many people have a severe fear of spiders, and even people who don’t mind them as much don’t usually want them around. Luckily, most spiders in the area aren’t as dangerous as you might think, often their appearance can be the worst thing about them. 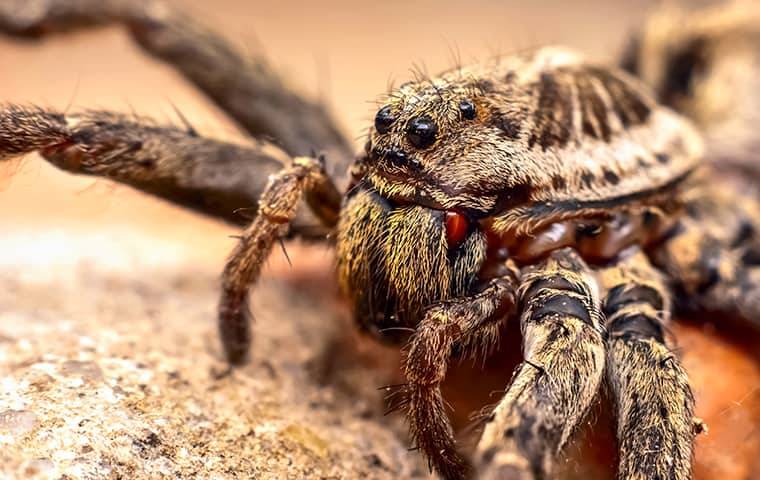 However, spiders aren’t a fun houseguest, and there are two species in the area that can be dangerous. Because of this, it’s important to know how to identify spiders and to understand why they could be attracted to your home.

While all spiders have fangs and venom that they need to hunt their prey, most spiders don’t have venom that’s potent enough to harm humans. There are two exceptions to this rule, black widow spiders and brown recluse spiders.

The black widow spider is a jet black color with a red hourglass-shaped marking on its underbelly making it rather easy to identify. On the other hand, brown recluse spiders are often mistaken for other species. You can identify them by their tan color and the lack of markings on their legs. They also have a violin-shaped marking on their back.

While these harmful spiders are something to keep an eye out for, most of the spiders that invade area homes are just nuisance pests. Here are some of these species:

Why Are Spiders Coming Into Your Home?

While some pest species get inside in search of shelter and protection from the elements, spiders almost always get inside because they are hunting for prey. Because of this, the more spiders you’re noticing around your home, the more likely it is that you have infestations of other, smaller pests.

Spiders will be drawn in by an abundance of prey, so a spider population indicates you also are dealing with insect infestations. While this can be frustrating, it’s important to note that taking steps to prevent other pests can also help prevent spiders.

It’s always a good idea to take preventative measures to keep pests out of your home. By following a few simple steps, you can greatly reduce the likelihood of insect infestations and therefore prevent spiders, too. Here are some of the best steps to take:

The Most Effective Way To Control Spiders

While doing what you can to keep spiders and their prey away can help, the most effective and reliable way to control these difficult pests is with help from the experts at Anderson Pest Control. We provide residential pest control options that prevent spiders and their pest prey before they make their way inside, and we can also remove any current infestations.

Request your free estimate today to get started.

I have used the Anderson monthly services now for almost 25 yrs. I have always found them to be effective, friendly, responsive and they have always given first rate quality service.
Thank you!