Home › Blog › Why Can't I Get These Mice Out Of My Las Vegas Home?

Why Can't I Get These Mice Out Of My Las Vegas Home?

If you were asked to guess what the most common pest problem in Las Vegas, Nevada is, you might guess something like ants, spiders, or flies. But, while all of these are prevalent pest species in the area, the common house mouse might be even more so. 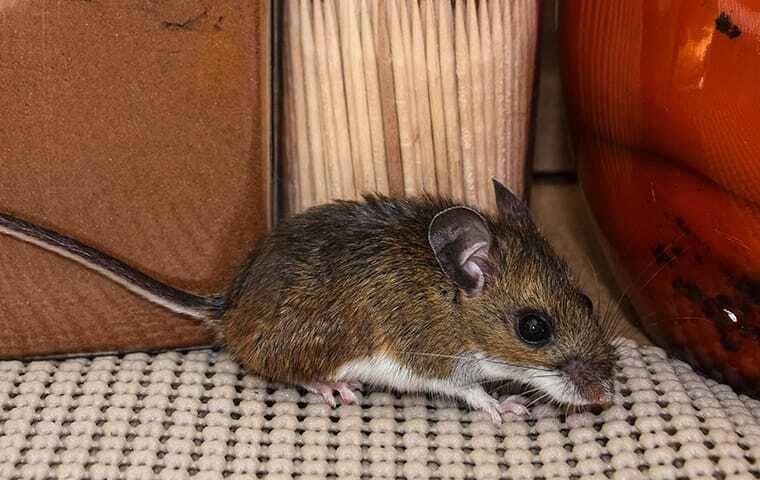 Mice are one of the main problem pests in Las Vegas and across the country. This is because they have adapted over hundreds of years to live alongside humans. They have learned that human dwellings provide access to shelter, water, and food, and so mice can be found anywhere from suburban neighborhoods, rural areas,  even big cities.

While this ability to live near humans might be great for mice, it’s not so wonderful for us. Mice aren’t a simple nuisance species as they can cause health problems and also property damage.

In this article, you’ll discover everything you need to know about identifying mice, their behavior, and what you can do to prevent and control them.

Most people have a general idea of what the house mouse looks like, but they can at times be confused with baby rats. Because of this, you can look for a few other identifying features. Mice have long, thin tails covered in a light layer of fur. They also have more triangular-shaped faces than rats, and they have rather large ears and eyes in proportion to their heads. They are a brown-grey color.

Mice can definitely be dangerous to have around your Las Vegas home. For one thing, they constantly chew through all kinds of materials and can cause safety issues if they gnaw on plumbing and electrical wires.

However, the real risk with mice is all the health problems they cause. Even their urine, feces, and fur can make people sick and cause respiratory problems, and they are also known for causing allergic reactions and asthma attacks. Along with these concerns, mice can spread illnesses including salmonellosis. And, they also often host ticks and fleas which can spread even more diseases including tularemia and Lyme disease.

Why Are Mice So Hard To Prevent?

The other big problem with mice is that they are such a hard pest to control. First of all, it’s hard to keep them out in the first place. They can slip through holes the size of a dime, so it can be especially difficult to seal up any entry points.

Then, once inside, they reproduce quickly, so their numbers can soon be out of control. While removal methods such as traps can reduce the population and eliminate some of the mice, they aren’t going to get the entire infestation. Mice can also hide in many tiny, out-of-reach places like the inside of walls, so it isn’t easy to even get a good grasp of the size of the infestation.

How Can You Control Mice Then?

While it can be an uphill battle to prevent and control mice on your own, there is one reliable way to keep them out of your home. The experts at Anderson Pest Control provide ongoing residential pest control options that are affordable and effective. Our technicians can remove any current rodent infestations and also prevent them in the future.

Give us a call today to learn more or to request your free estimate.