Home › Blog › What Should I Do If I Find American Cockroaches In My Las Vegas Home?

What Should I Do If I Find American Cockroaches In My Las Vegas Home?

Cockroaches are one of the most loathed insects in America but are actually native to Africa. Tropical climates are their natural habitat and they are believed to have come to North America aboard ships. People fear them, hate them, and even despise their smell. 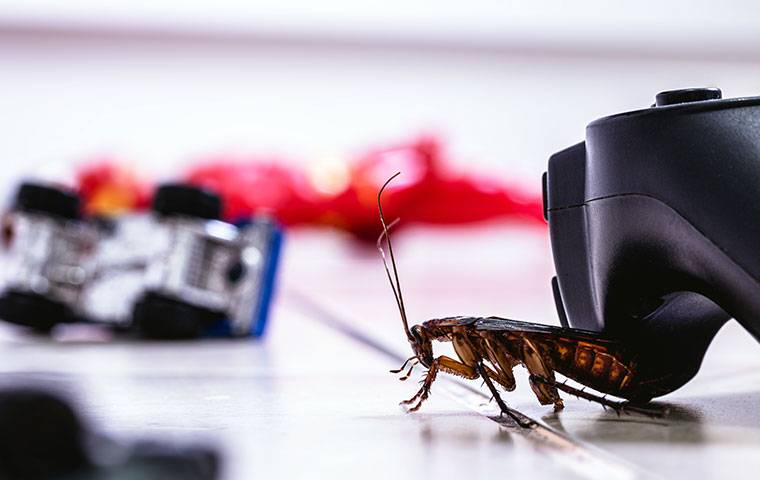 The good news is that American cockroaches generally aren't as common as other species like German, Asian, or Oriental roaches because their habitats are limited. They live outdoors in sewers or vegetation like lettuce, where they can feed without competition from other species.

Why Are American Cockroaches Bad News To Have In Your Las Vegas Home Or Business?

Even if you're not as allergic as most people are to their presence, you should still be wary of American cockroaches. The American cockroach can wreak havoc on people's homes by feeding off the waste and leaving behind droppings in kitchens and bathrooms. Not only disgusting but also unsafe, their droppings and waxy secretions can spread bacteria in warm environments like Las Vegas homes. If the smell of the American cockroach's presence isn't enough to put you off, then maybe its transfer of disease will be.

When an American cockroach finds food it shares with other roaches, it will clog up drains and pipes with waxy droppings. To avoid this and to prevent American cockroaches from coming into your home try implementing the following tips:

If you are concerned that you have an infestation of American cockroaches in your home, you might want to consider the potential food source. They feed on everything from grease and leftovers to paper and sugar, so if they start appearing in your home, it's only natural that these food sources will disappear. You might be tempted to try other methods to prevent American cockroaches from entering your Las Vegas home. Don't waste your time and money or risk your health with potentially toxic sprays.

Contact the cockroach control professionals at Anderson Pest Control at the first sign of American cockroaches. They will regularly visit your home to check for any signs of an infestation, so you won't have to deal with the issue yourself. Reach out for pest control in Las Vegas today!