Las Vegas is known as a city that never sleeps. Something is going on 24-hours a day in this bustling location. Whether you stop off to drop a coin in the slots, take a detour just off the strip, or take a bus tour of the downtown area, you will see some pretty spectacular buildings in different shapes and sizes. Various architectural structures around the neighborhood are the perfect attraction for pigeons, making Las Vegas pest control vital. 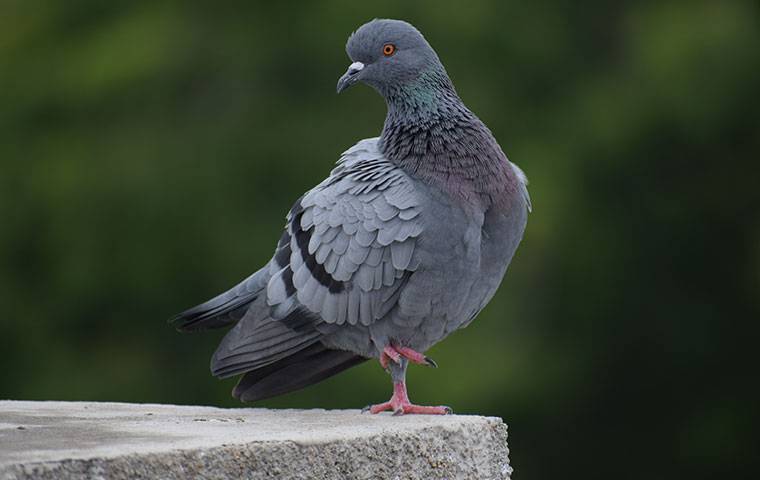 In the world of birds, pigeons are more intelligent than the average bird; pigeons rank high up on the bird "brainiacs" scale. Most are familiar with their instinctive homing ability, but their intelligence extends even further.

Pigeons in Las Vegas have learned to adapt to living around humans and even use them as a source for survival. They are typically spotted in cities since they have developed a dependency on humans. While pigeons are said to be king of the birds in the brains department, they also have a reputation for being filthy.

Do Pigeons Carry Anything Harmful To Humans And Animals?

Pigeons bring a host of problems to humans and animals through their waste. Both humans and pets can become infected with various diseases when dust from dried pigeon droppings gets inhaled, sometimes leading to severe respiratory problems.

Pigeons are dirty birds; they are not opposed to living in their filth as they frequently contaminate their nests with droppings. Dried-up droppings on their nests often attract other pests (mites, ticks, fleas, lice). Pests inhabiting pigeon nests will often drop onto unsuspecting pets, who then transport those pests into your building. Since pigeons in Las Vegas can cause many health problems with their presence, it is crucial to contact a pest company like Anderson Pest Control for effective pigeon control in Las Vegas.

Why Are Pigeons Considered A Pest?

Pigeons know a good thing when they find it. Because they are so bright, they have become adept at identifying locations that provide adequate food, moisture, and sheltered areas that help enhance their living conditions. Once pigeons are comfortable on your property, they can cause multiple issues that place them in a "pest" category.

Convincing pigeons to leave your property can be challenging. They don't scare easily, and finding things that deter them from coming back to visit your property is difficult without professional assistance.

How Do I Deal With The Pigeon Problem I've Been Having?

One of the biggest problems when dealing with pigeon removal is where they build their nests. Many nest locations are in difficult and dangerous parts of your building; therefore, professional pest removal is the best remedy. Established in 2002, Anderson Pest Control is family-owned and locally operated. Our company listens to your needs and offers safe and effective options for pigeon removal. Call Anderson Pest Control today with all of your Las Vegas residential pest control and commercial pest control concerns, and we'll get right to work formulating a plan that remedies your specific pest concerns.